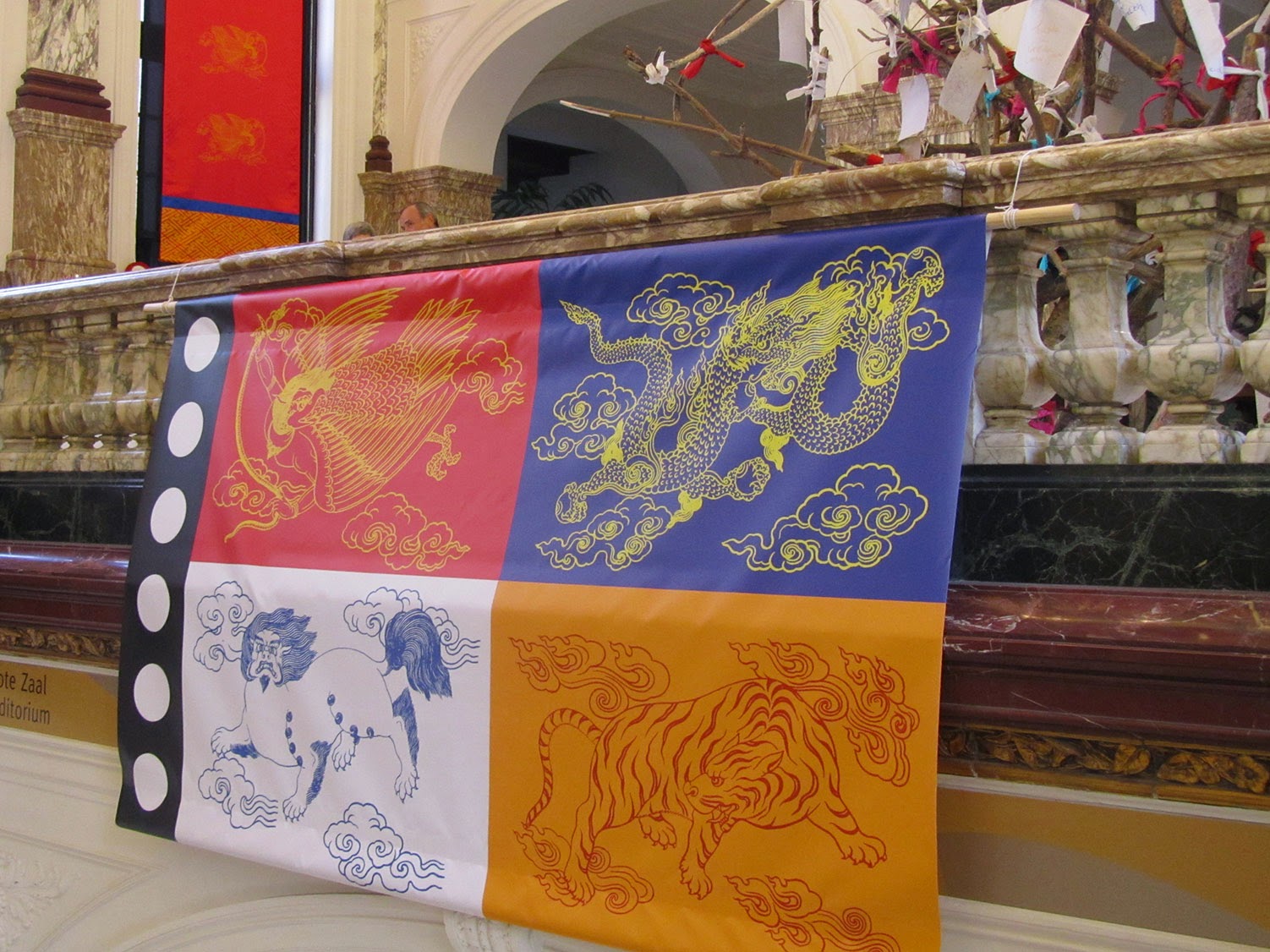 Last Sunday I went to the BrightNow festival at the Tropenmuseum, Amsterdam. It was the last day of this Shambhala festival, which I believe took place for the very first time in Amsterdam. I am not a Shambhalian buddhist, but Miksang contemplative photography has its roots in this tradition so I decided to join them for a day. 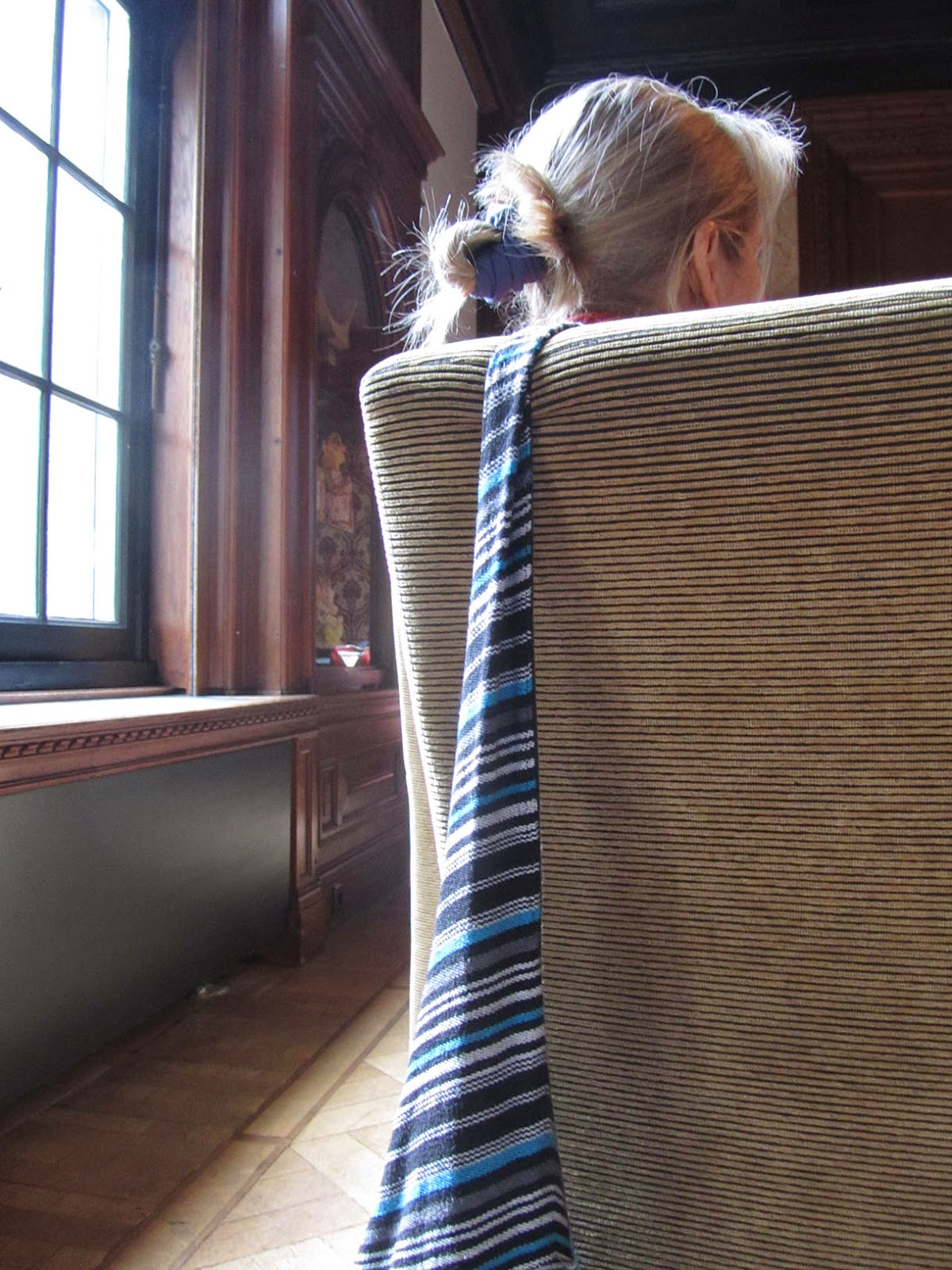 I joined the workshop 'The strength of Forgiveness' which was led by lawyer Wikke Monster. She has been a lawyer for about 20 years and lately she has been missing something in jurisdiction: the element of forgiveness. She has been reading a lot about it and working with clients in various cases.
She started to explain that there are two reasons to forgive: 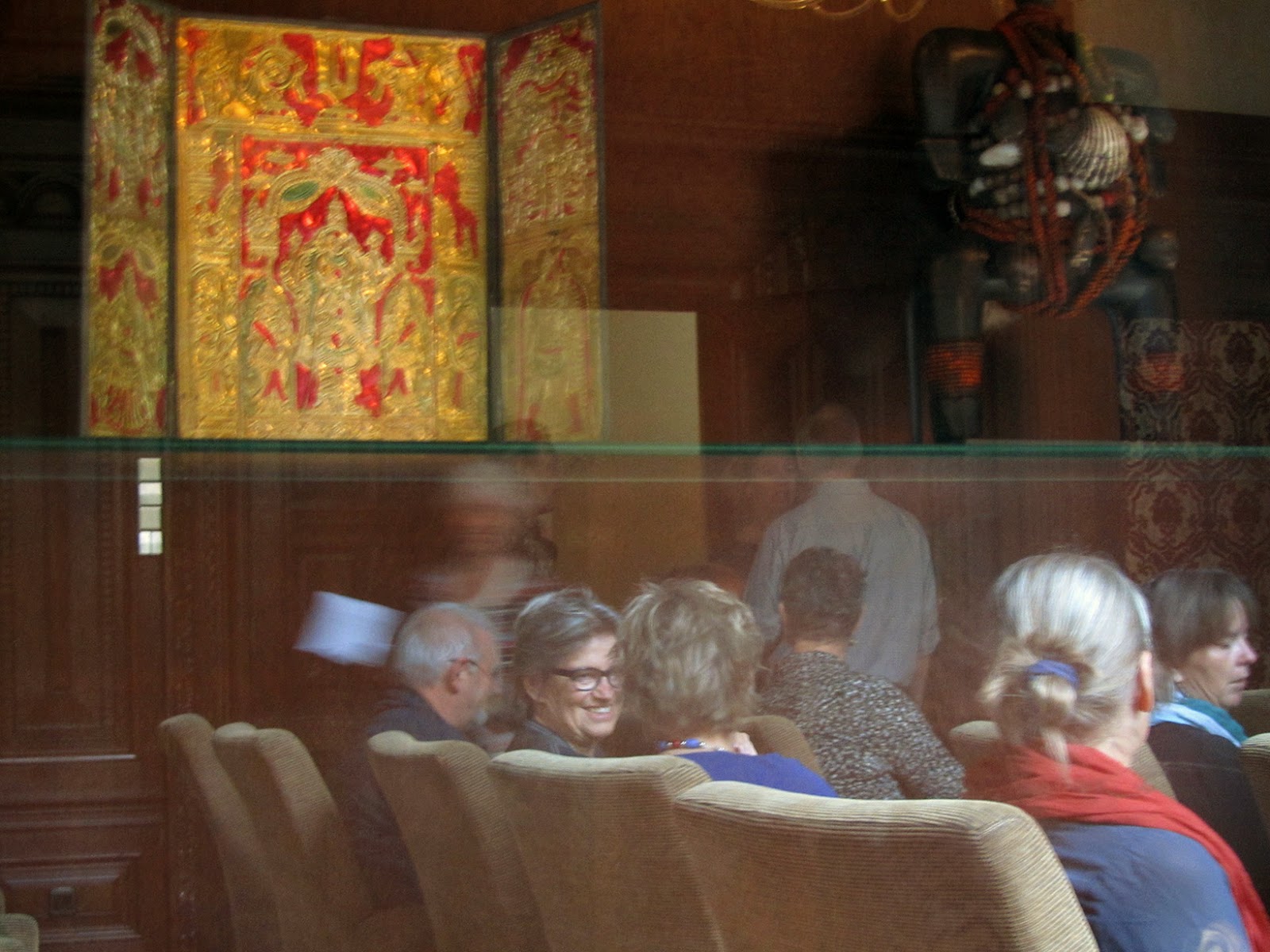 The retaliation cycle is opposite the forgiveness cycle of Tutu and the latter consists of four steps: 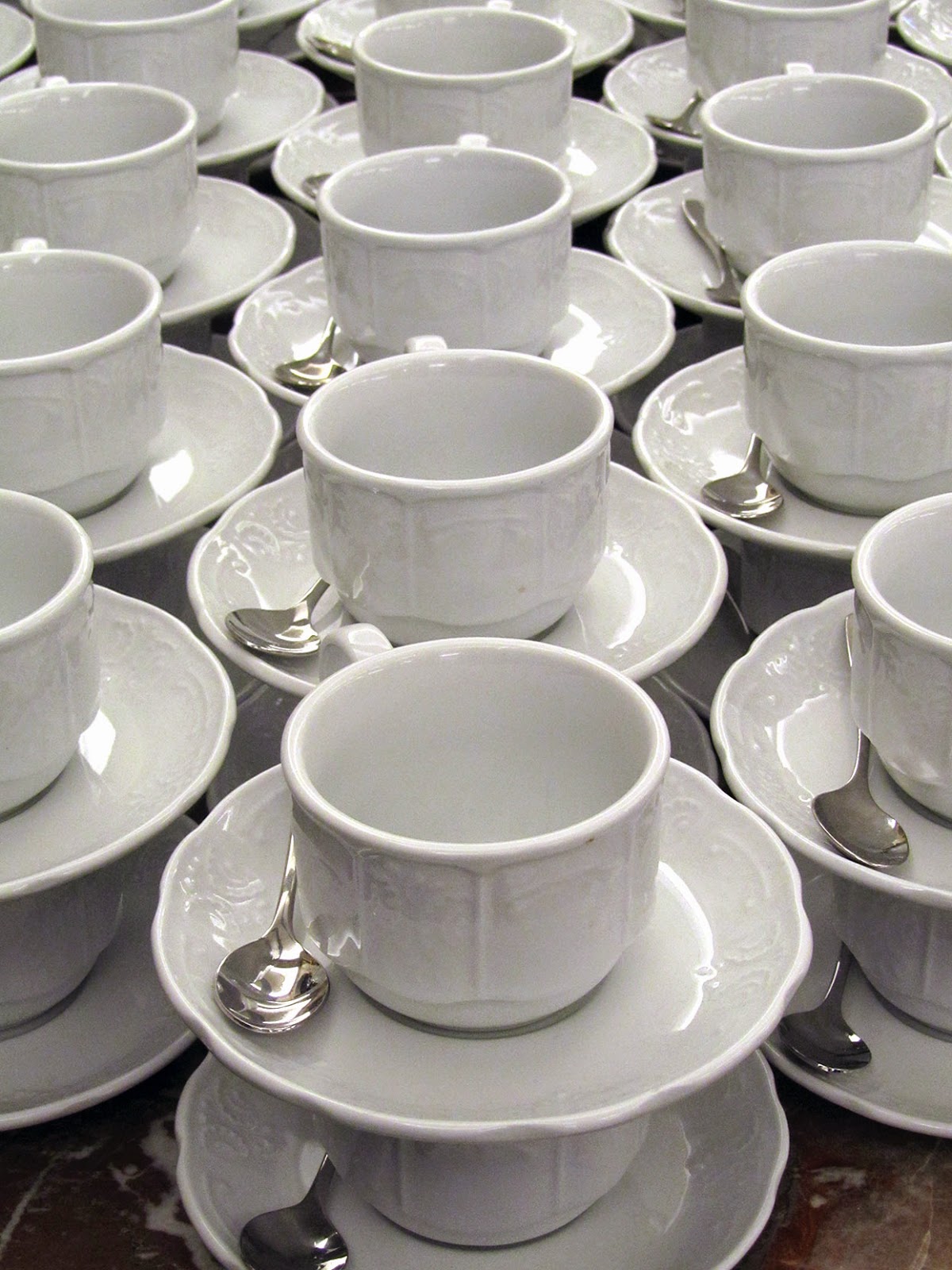 Forgiving is NOT: forgetting, tolerating, a trick, making up excuses. You don't forgive to please somebody else, you don't even need the other person. You don't forgive out of compassion for the other or for sentimental reasons and it also is not a matter of seconds. To actually forgive somebody is a process which make take a while. 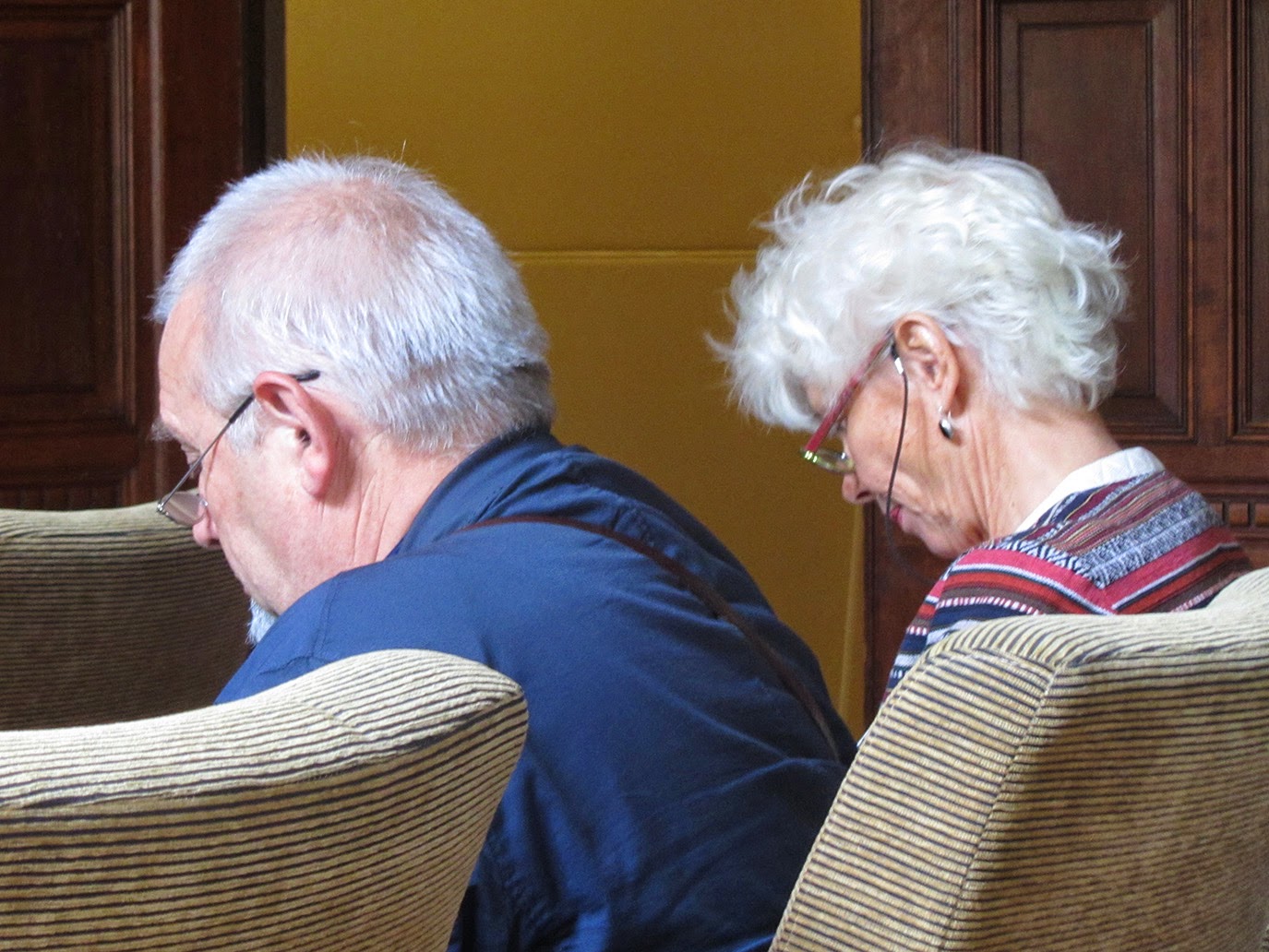 So then, what is forgiveness? There are a few definitions or descriptions: 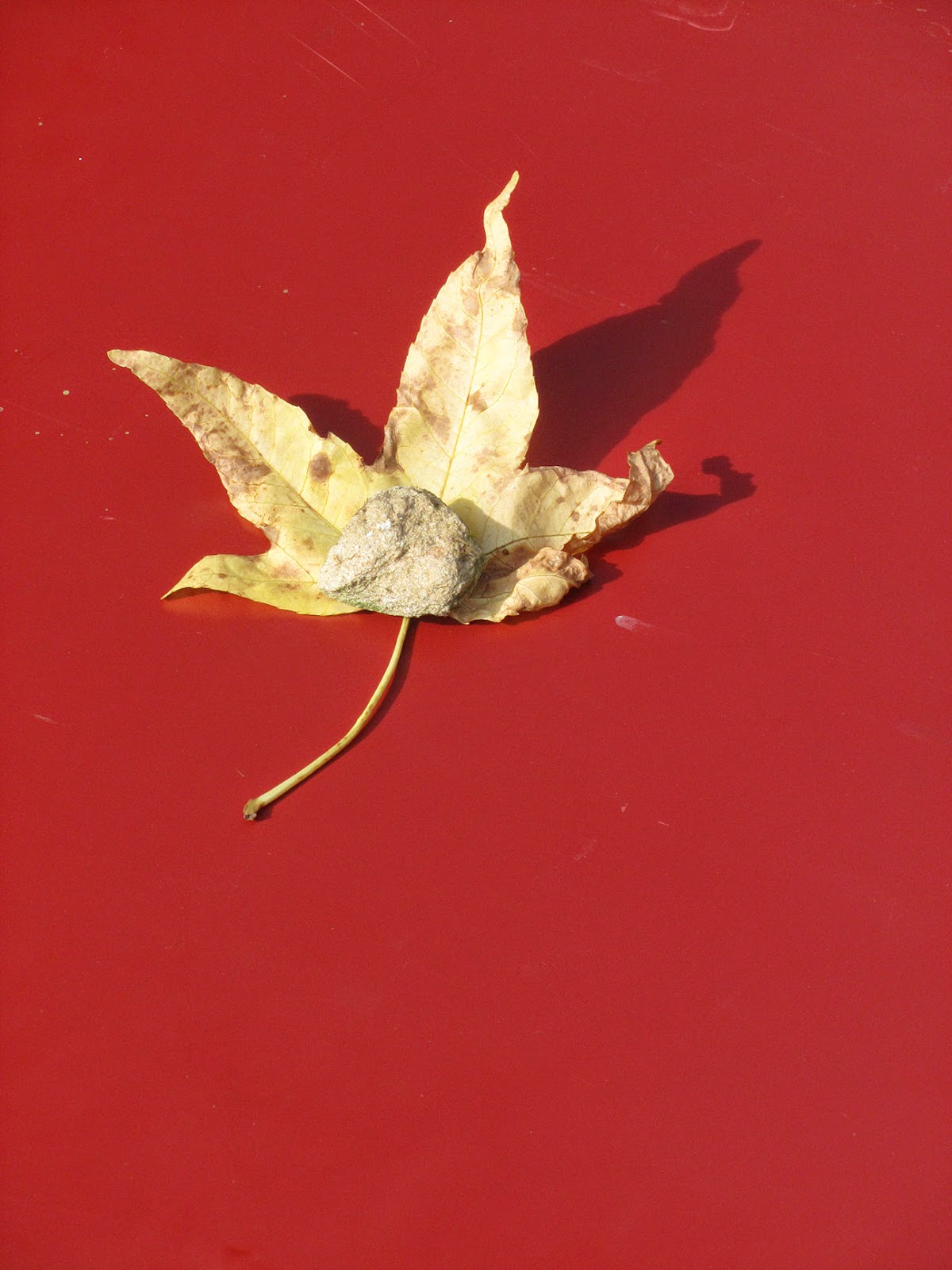 Lawyer Wikke Monster had invited a man over whose daughter was brutally murdered a few years ago. In a few words he told us the horrible story. He was a little bewildered with the word 'forgiveness', he didn't exactly know what that meant. But he could explain to us that he felt no hate towards the murderer and that he felt totally free of him, he lived his own life. So, we guessed in that sense he had forgiven the murderer.
The man also made a distinction between forgiveness towards his daughter or towards himself. He could only forgive the murderer of what he had done to himself (namely robbing him of his daughter), but the actual murder could only be forgiven by the daughter, because that was an act done to her. 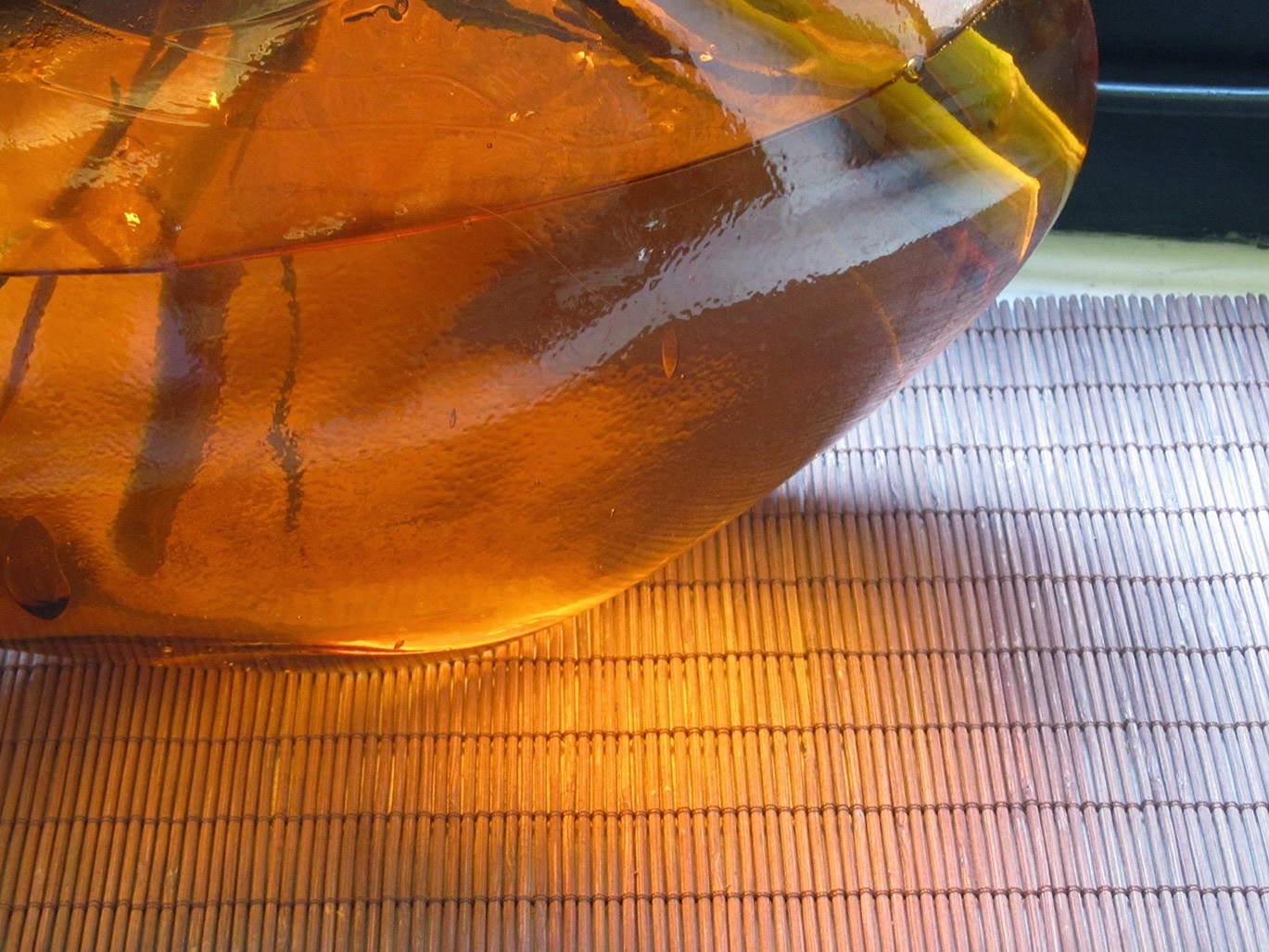 I thought this was an amazing story and so did all the other participants. Imagine the impact! And there I was just thinking about an ex-boyfriend and letting go of my anger towards him. My story is so insignificant to what I had just heard. But still, I felt that the next step in my process is to forgive my ex of what he did to me. 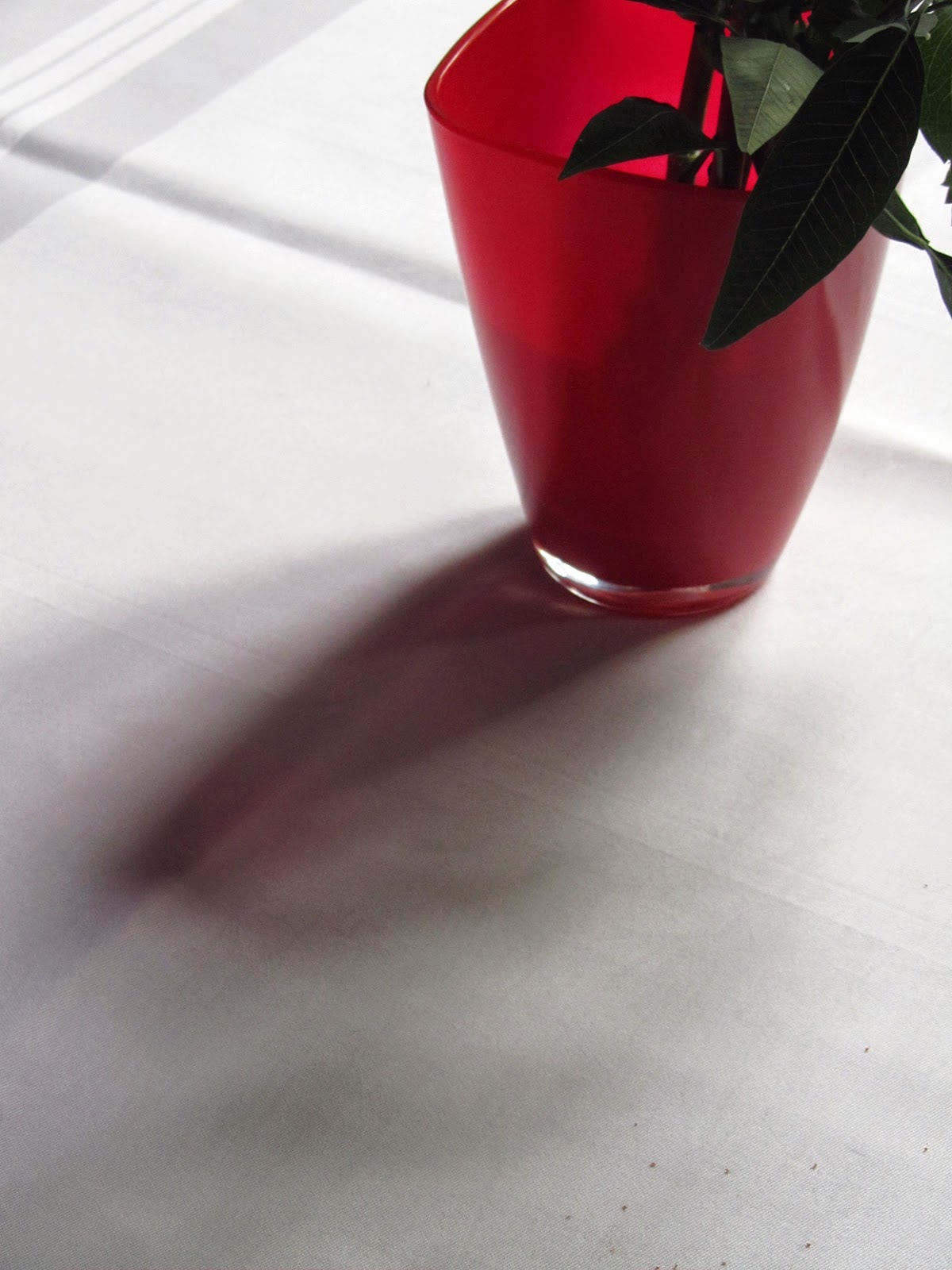 Question only is: how do I do that? I can see it is not about forgetting, because that would only mean I would push away my emotions and putting them away in a dark corner of my being. As I see it now, forgiving is about going through all the emotions, accepting them for what they are, accepting myself for having them and as time goes by and the emotions fade away seeing the qualities of my ex. Just like the fourfold road of Tutu. And after that comes the ending or renewal of the relationship. To me it has already ended, but maybe a friendship might arise. Time will only tell.

Oh, I love this time of year with all the beautiful colours, textures and scents. I must admit the changing of the leafs started rather early this year, but we don't have any control over nature (yet, I hope it stays that way) so there is nothing we can do about it when the time comes.
I went out to do some groceries last Friday and by the looks of it, it had just rained. The raindrops were still on the cars and together with the leafs that had fallen down they were a spectacular sight!
You can see by the reflection on the cars that the trees are not bare yet, they still have lots of leafs on them.
I enjoyed watching the raindrops on the hoods of the cars. On some hoods the drops had left tracks or maybe those were from the leafs sliding down?
This stopped me dead in my tracks: this dried up pink leaf on a tiled floor in front of somebodies house. This is just so gorgeous! Something simple like this makes me totally happy.
I hope you enjoy these images too and start to see things like this in your own street!

Last night was the sequel to Essence I we had two weeks ago in our Yoku session. This time we were asked beforehand which things in life we would like to give more energy: certain projects, work or relationship, it could be anything.  You would make something to put up on your shrine, if you had one. We shared briefly what that was in a few words. I mentioned: calligraphy, work and living area (would I like to grow old in Amsterdam?).
The yoga session was not as tough as last time's, but it certainly involved some heavy breathing and quick movements. We finished with a meditation in which we held our arms in an angle of 60 degrees in front of us and as far to the left as possible. During that position we had to breath in through the nose and out through the mouth. That was heavy, but it stirred up a lot of emotions and inner thoughts. Something different than what I previously named appeared strongly: I saw the image of my broken heart with a flow of water (tears and emotions) streaming out of it. My whole being wanted to give attention to my heart for healing. Not that I have tried to hide my emotions or thoughts about it the past few months, but apparently I needed to give it even more attention. 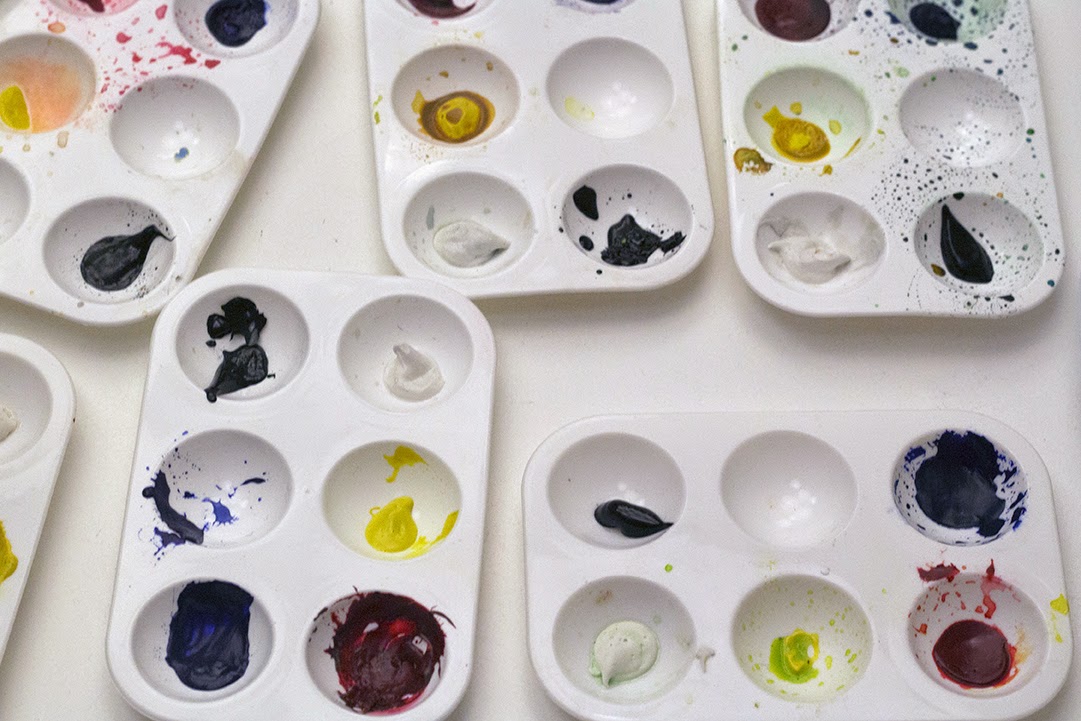 We were given the option to use different materials: charcoal, drawing pencils, pens and even clay but I preferred acrylic paint. 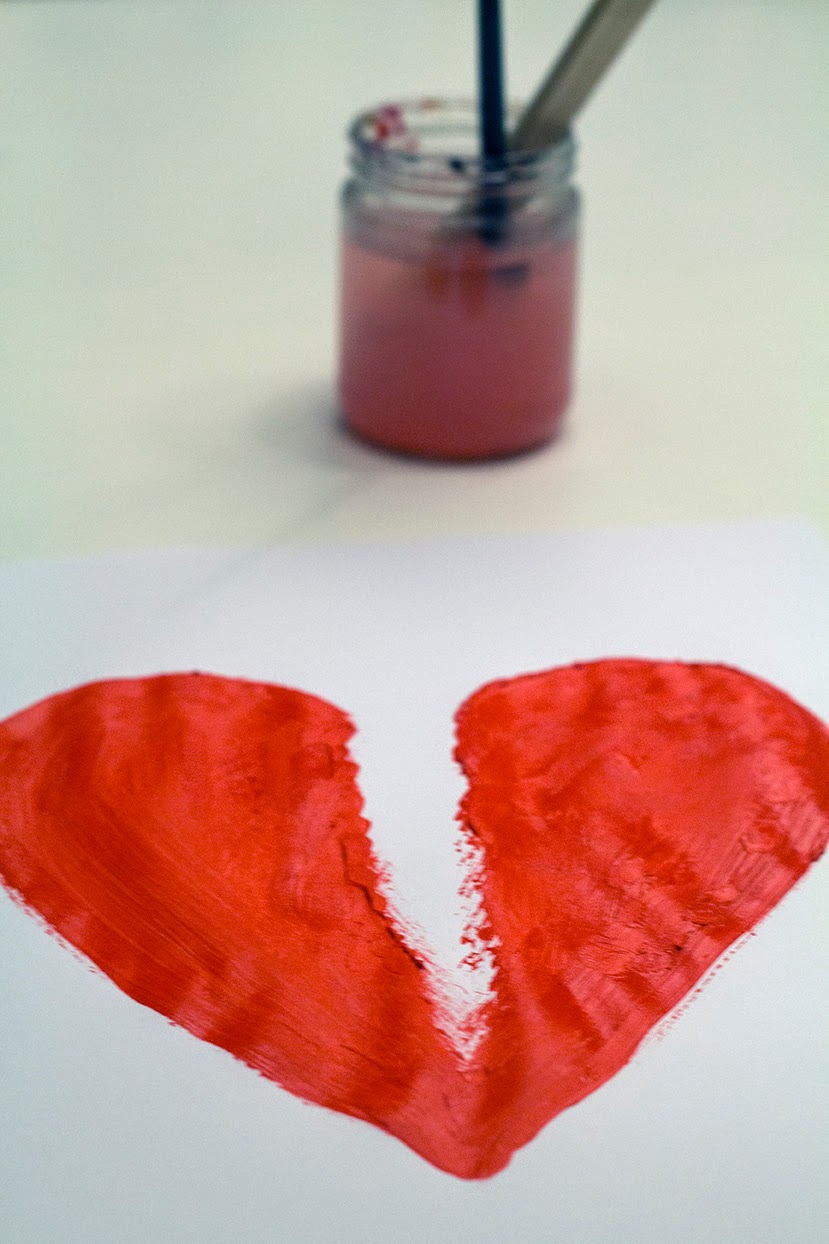 I started out with the outlines of a cracked red heart. Looking at it now, the day after, I realize the two parts need to come together again. The crack obviously needs some glue.
A couple of the other participants chose clay and started to mould it with great attention and determination. Everyone really seemed to give her project a lot of energy and love.
When we were done we sat down in a circle and we would show our work one by one. The person who showed her work would chose someone to talk about it: what she saw, what she felt by it without jumping to conclusions. This was a lot of fun, because most of the time it was pretty accurate. The girl who spoke about my painting thought I was in doubt about something and she thought that the blueness was not only a road away from my heart but also a way in. When I thought a little bit about it I thought she was right: the emotions that are pouring away give room for something else and in that sense something else is coming in. The yellow dots represent the healing energy coming down.
Again, this was a great session of Yoku, I still think the combination of yoga and art is fantastic! It totally works for me.

Flowers and leafs in the street

These pictures were taken in my street and around the block on my way to the post office and the organic store. I noticed leafs and flowers in different sizes, colours, stages and positions. The pop of colour sprung to my eye and brightened up my day.
I showed these kind of pictures once to a friend of mine and for her they portrayed a kind of sadness, to her flowers on the street were a reminder of better days. But is that not just in the mind? To me the pictures above do not depict decay, because the colours are so vibrant. Flowers and leafs don't care where they are, they attract people and animals wherever they are. Decay, sadness or loss is what we make of it.

Three pictures of my teacher

Like I said in Friday's blogpost, I wanted to buy three pictures of my Miksang teacher HèlenA. Vink at the Bewust Markt (Conscious Market) in Haarlem. I just chose three that attracted me on the spot and after I got home and had a good look at them, I realized all three of them depicted pattern. Pattern and a little more than that. 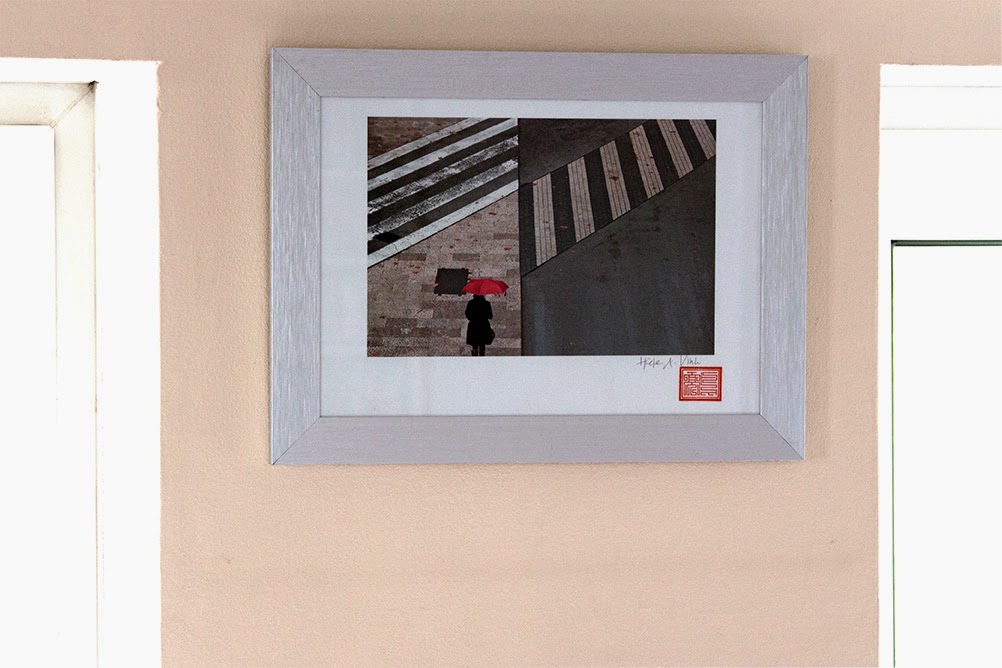 I bought three aluminum frames at HEMA that I could either hang on the wall or place on a cupboard. 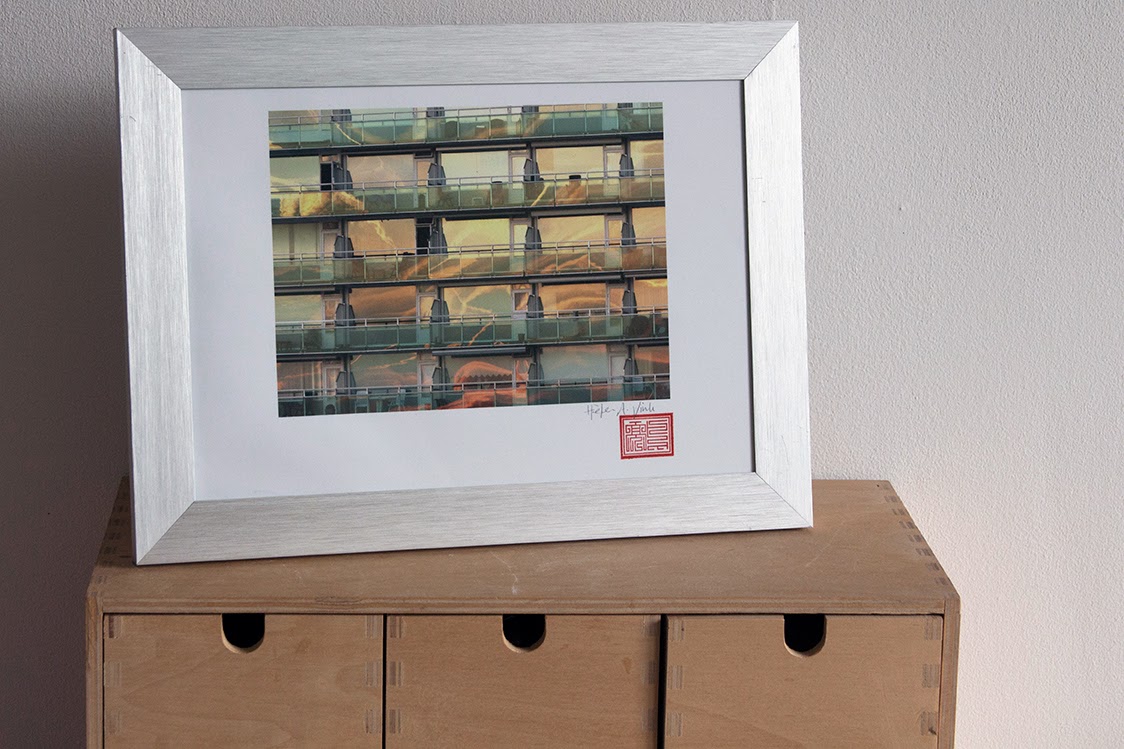 Although they fit good together they are placed in different parts of my apartment (I don't have much wall space because of slanted walls) I am very happy with them and I enjoy it every time I look at them. 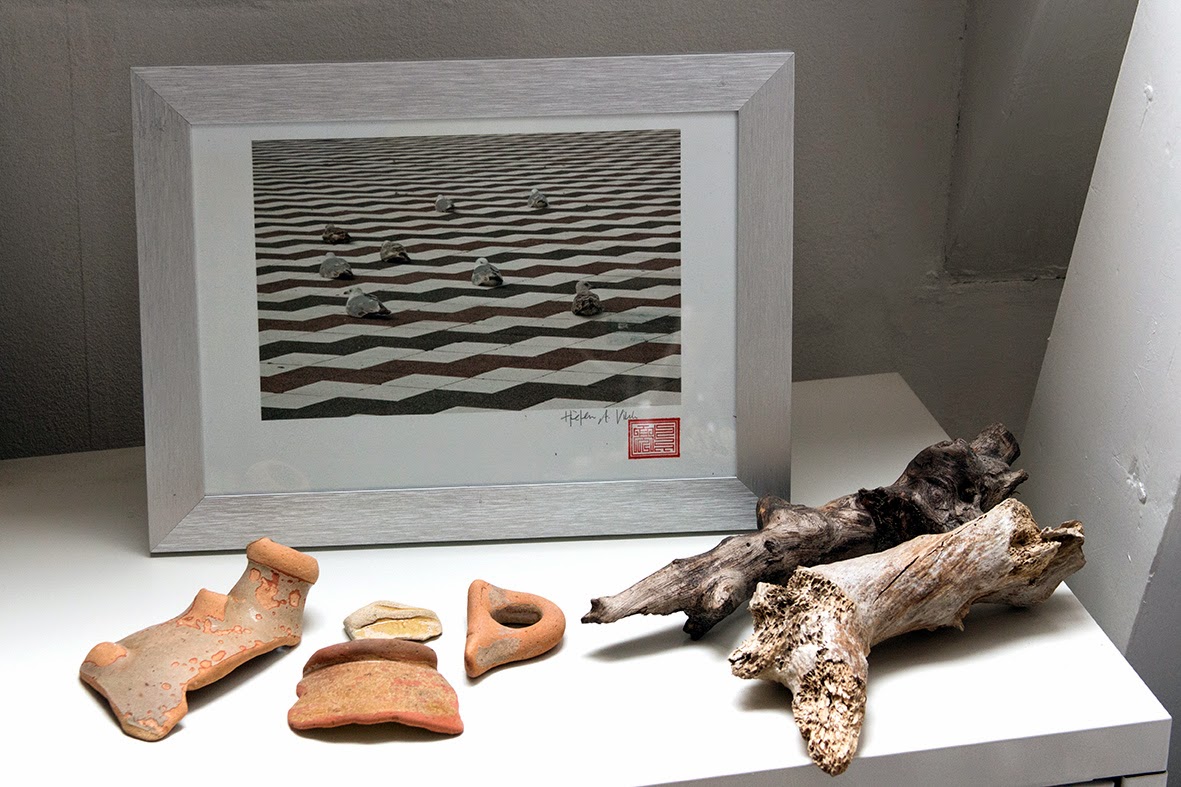 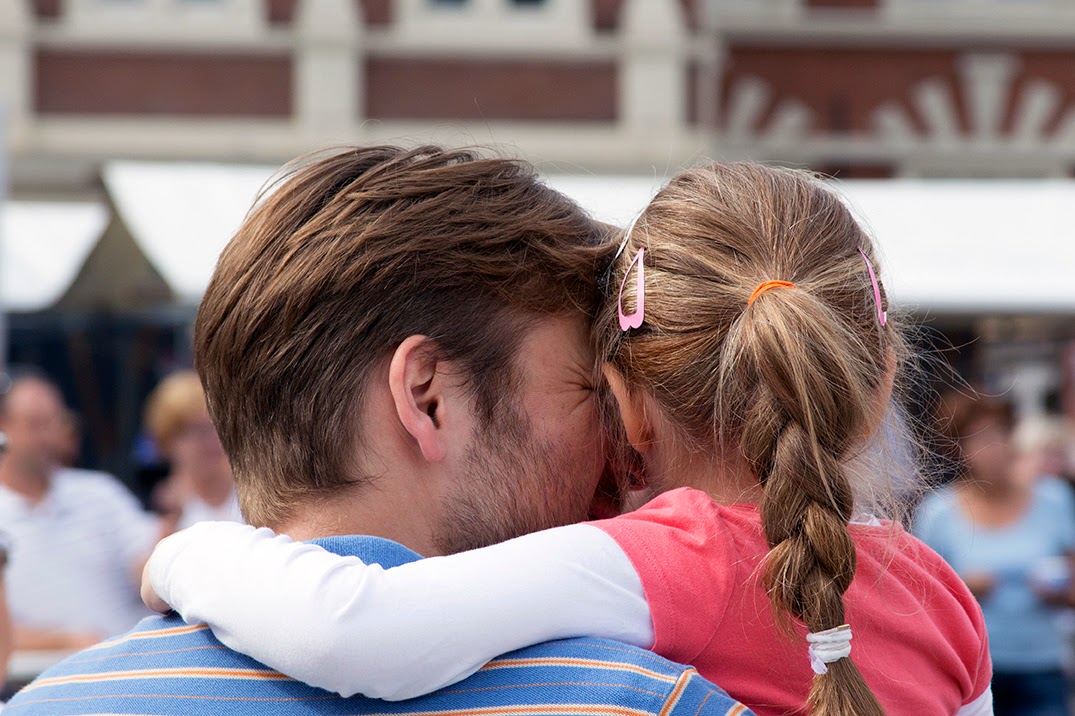 I take so many pictures, sometimes I don't even have the time to post them on my blog or share them on my Facebook page. I even go as far as deliberately not taking my camera with me to protect myself. Otherwise I end up with tons of photos on my harddrive without having been able to show them. 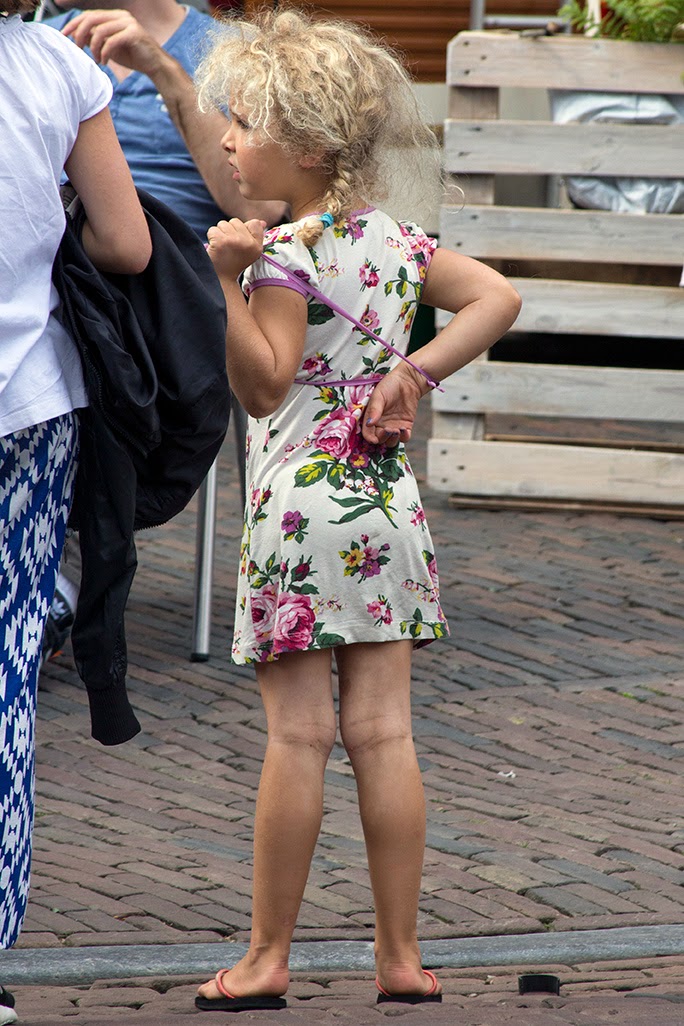 Like these photos for example. About two weeks ago I went to the Bewust Haarlem market, Haarlem is and old town close to Amsterdam (and yes, New York City's Harlem was named after it) with a few Miksang friends. Our very own teacher was going to be there with her stand giving out information about her workshops and selling some of her pictures. 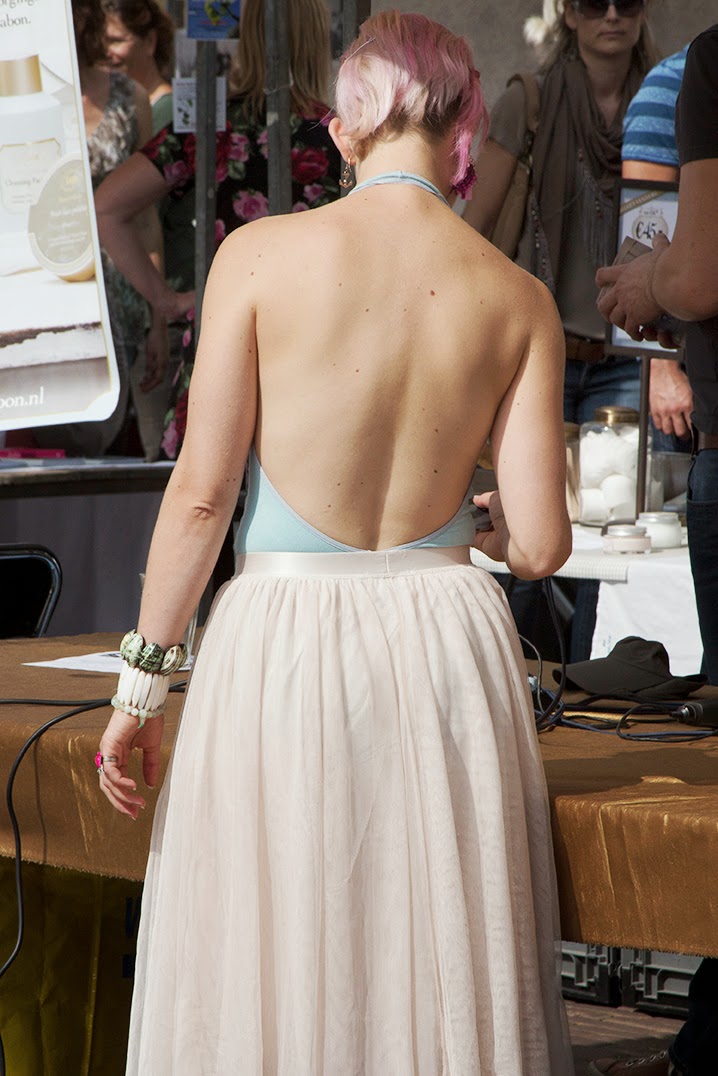 I was mainly interested in buying a few of her photographs (I'll show them in a separate blog post) but I also thought it was an extremely good occasion to photograph people. 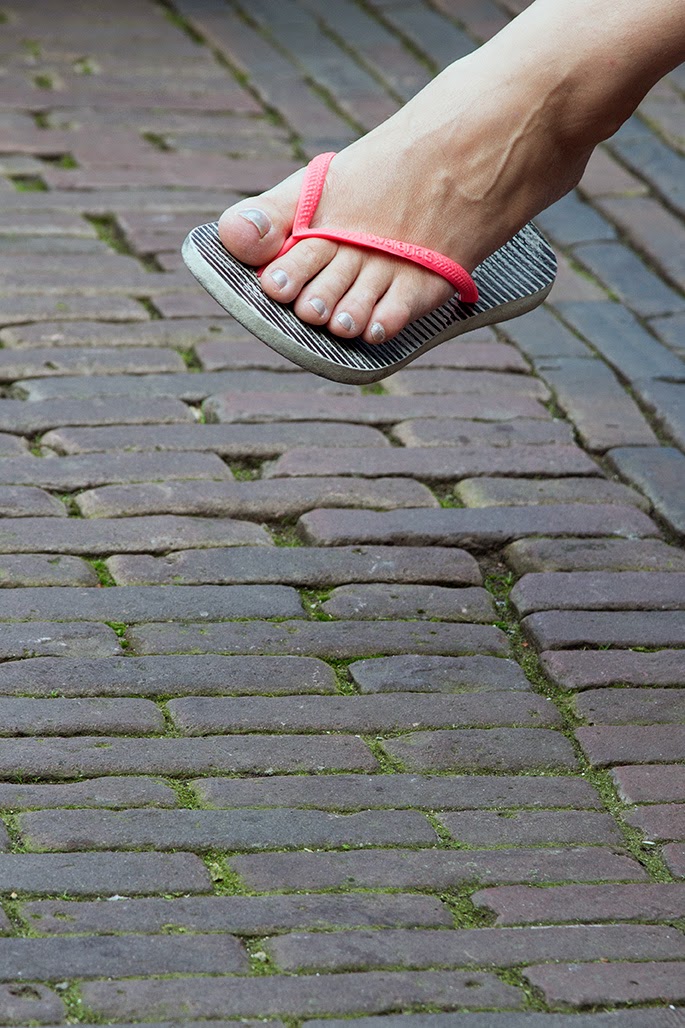 The market was in the middle of the old city centre and attracted quite a crowd. I noticed quite soon that photographing people in a busy area where everybody was moving around a lot was not going to get me anywhere. 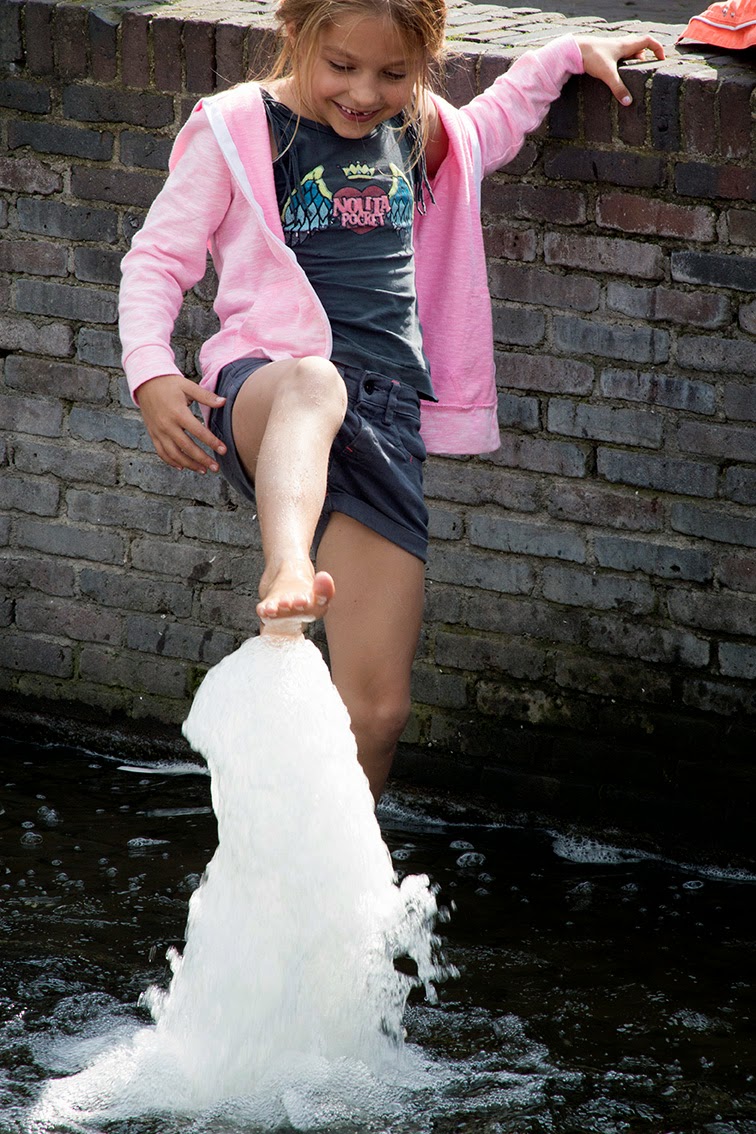 I found that children playing around were a good subject. Children are totally in the moment and when they are playing they are very focussed at what they are doing. 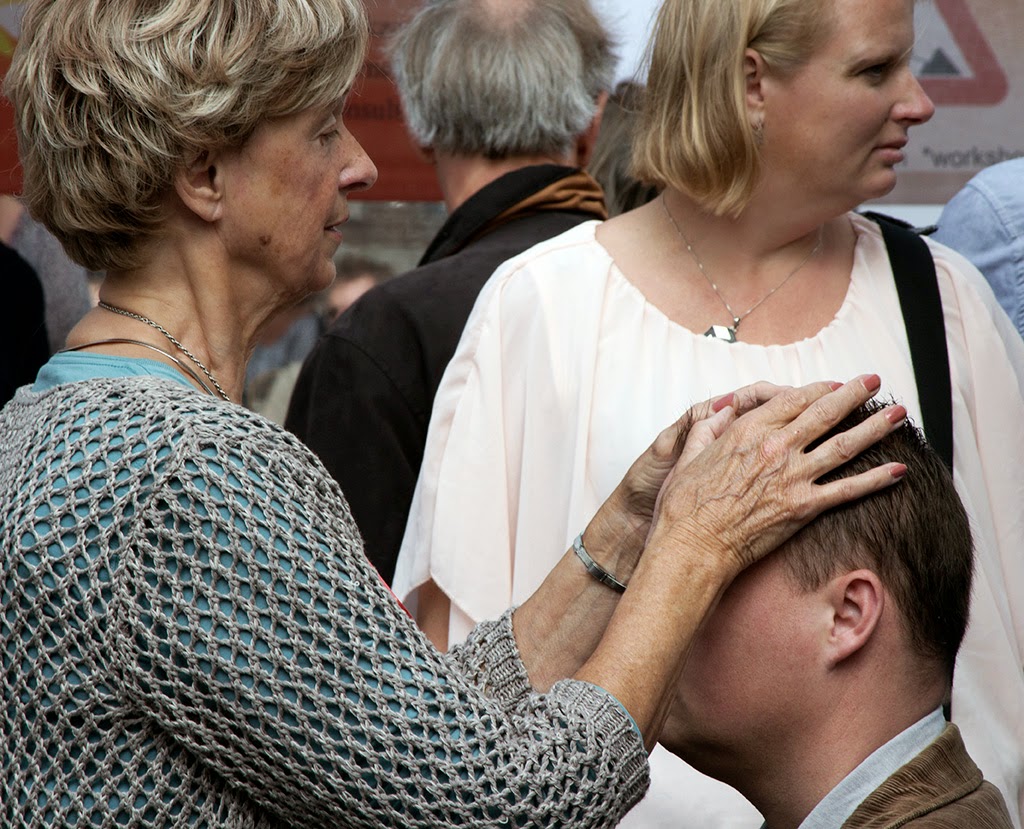 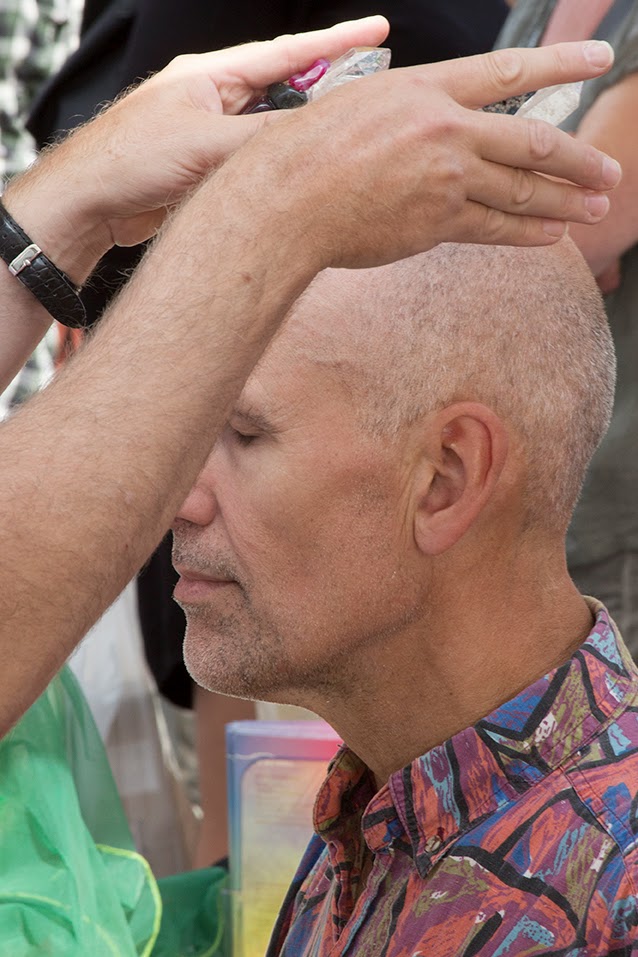 Obviously, people sitting down with their eyes closed are very easy to photograph. 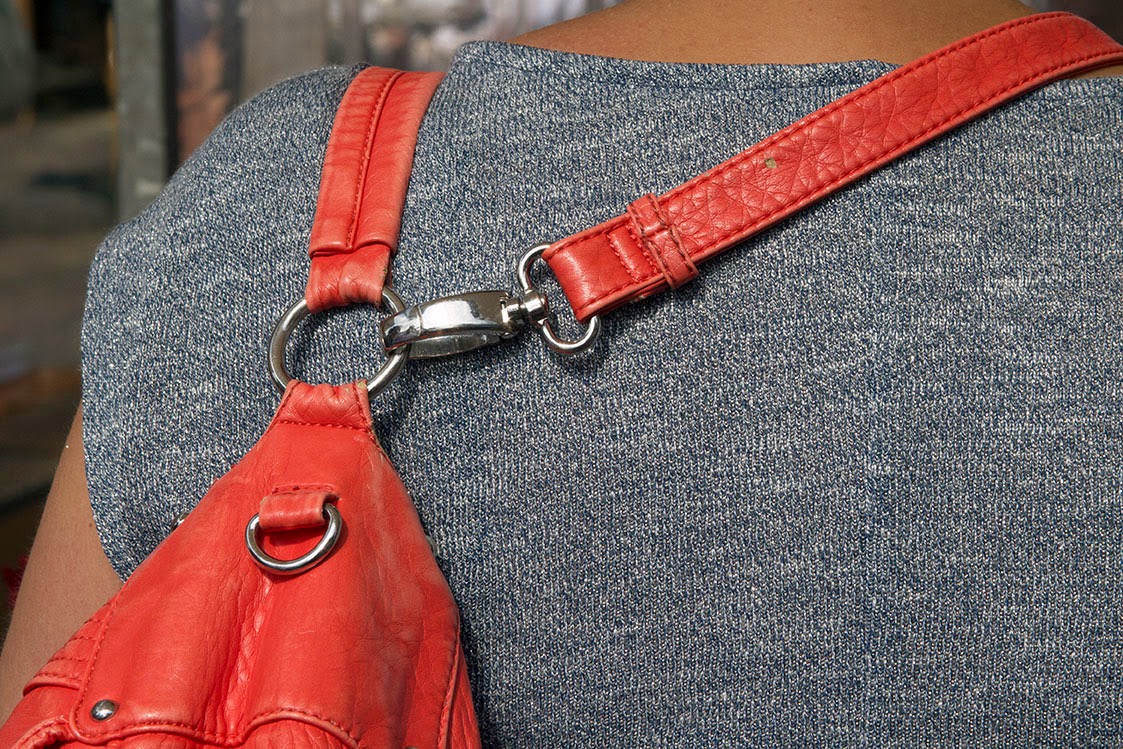 So are people taken from the back. Easy peasy.
Then I noticed a small wooden floor where a dance couple were giving a demo of a tango class. There were some people standing around the floor looking at the dancing couples. This gave me some space and time to slowly move around and to have a good look. This was a good spot to capture people! 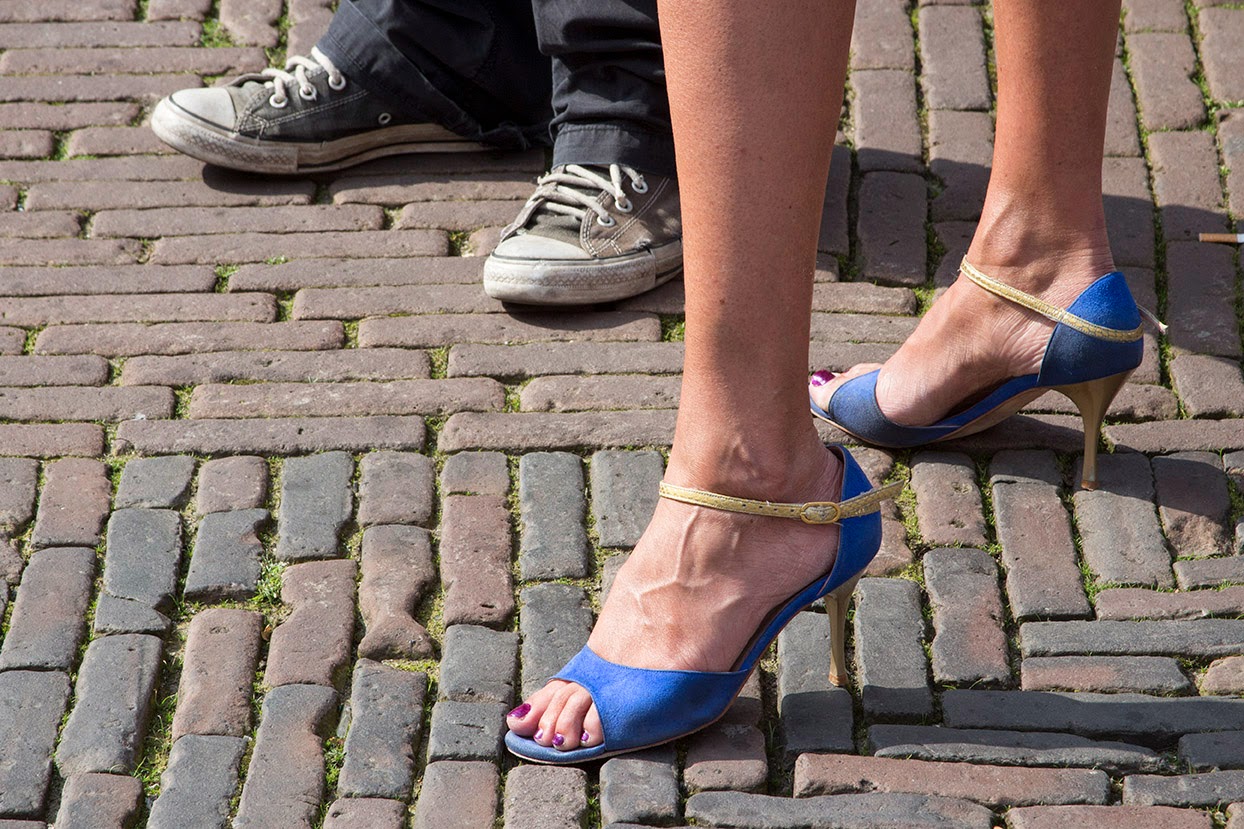 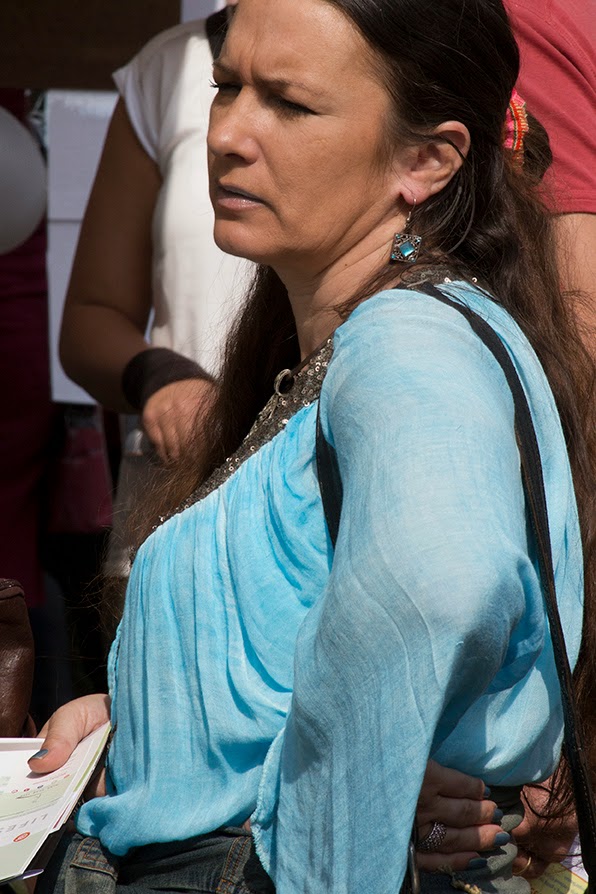 Yeah, right! she must have been thinking. 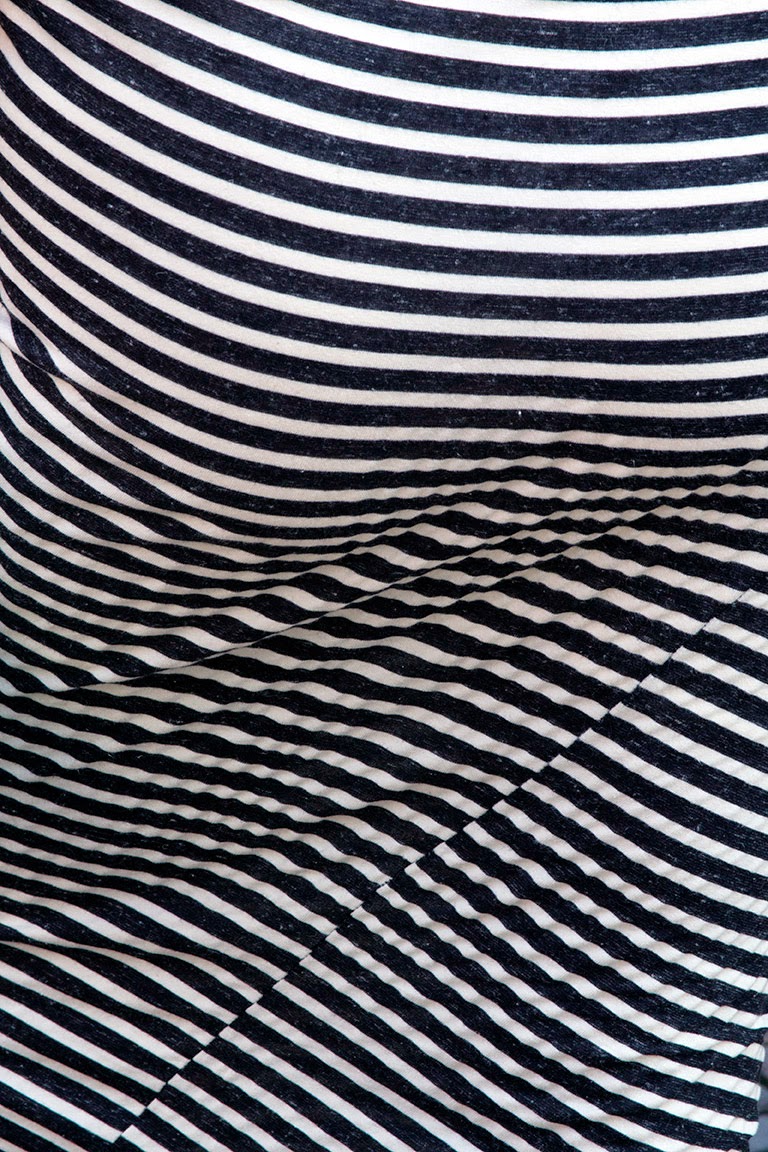 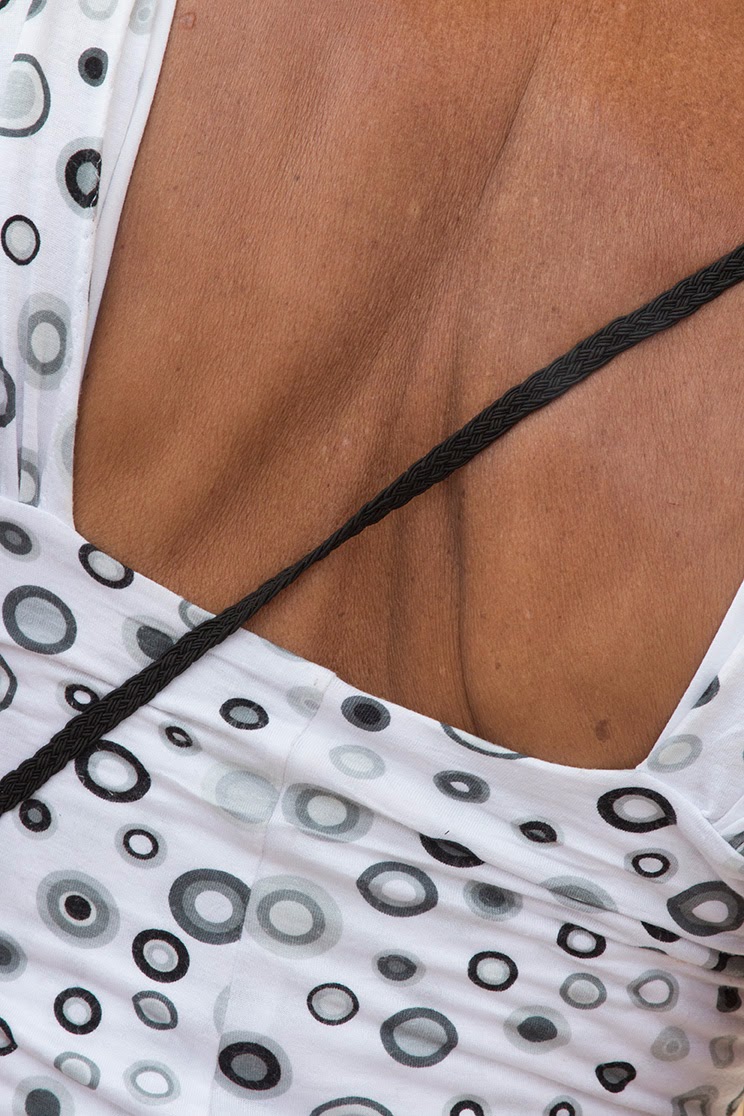 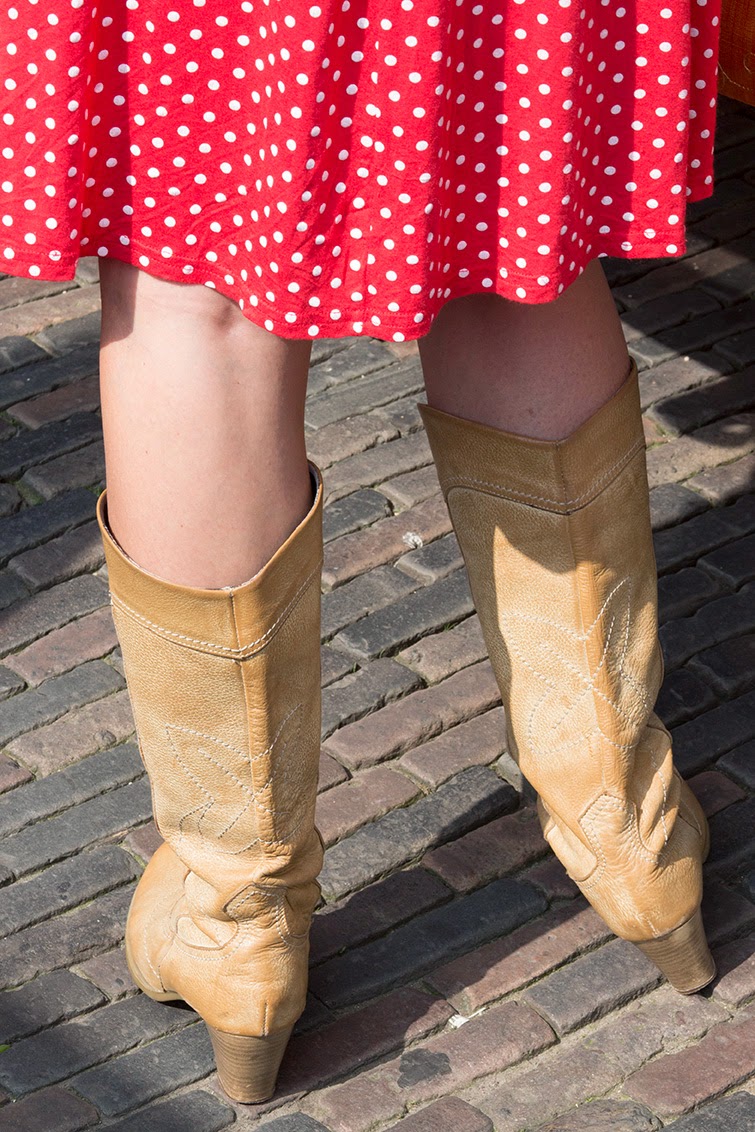 Well, I hope my experience is helpful to you. I am learning on the job, is that what they call it?
Geplaatst door dAnielle op 17:17 No comments: