My friends C, V and I went to a workshop at FOAM last Saturday; the museum organizes monthly workshops for people who would like to learn how to make interesting pictures. The theme was Construct. The idea was to take a prop and to photograph it out of its normal context so it would make the viewer think what had happened. We were sent outside on the streets for 20 minutes to do this. 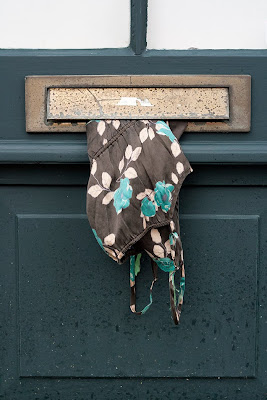 Now, this is a total different way to take pictures than I normally do, so it took me some time to get in the right frame of mind. But I got the hang of it and I rather enjoyed it, it's like staging a scene in a movie. 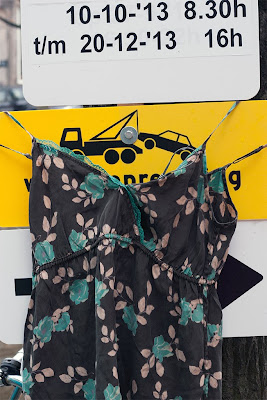 Then we had to select two of our best pictures and we viewed all the pictures together.
And that we had a second round of photography. My friends and I took some shots inside the museum, playing with the exhibited pictures and taking them out of their context. 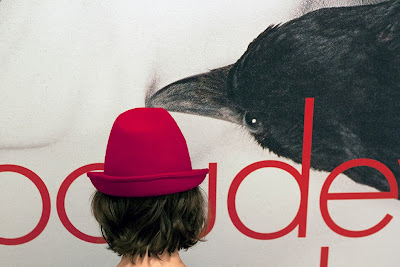 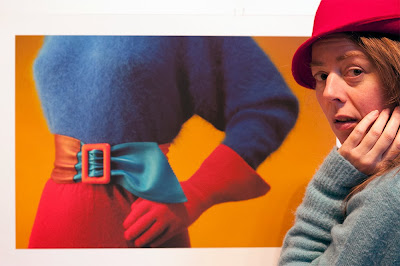 The best part was that when we working with the picture below, the photographer himself, Peter van der Velde, just happened to pass by and wanted to receive the image we had just made. We were so honored to have met him, it was the cherry on the cake.